Introduce yourself! Who are you and what do you do?

Hey, I’m Mart and I play the bass for Money Left To Burn and our alter egos in FAT Religion.

What’s your favourite of the Lockjaw gigs you’ve played?

That’s an easy one, as we haven’t played many Lockjaw gigs. I’m gonna go with the show the dudes in Darko set up for us in a pub in Staines on Halloween 2013 when we played a UK weekender with Fair Do’s. I don’t remember everything from that night but you don’t get Darko and Fair Do’s open up for you that often so, yeah, it was good! I still have the poster of that show hanging in my flat.

I don’t think I could choose a favourite release, there’s just too much good stuff. It also depends on the mood I’m in, so I’m just gonna go with the one that introduced me to Lockjaw and has a really special place in my heart: Darko’s From Trust To Conformity.

What makes that record so special for you?

Back in 2013 when I joined MLTB and was new to this whole European punk scene, Darko were the first band I came into contact with, as I was asked to play a show with them, around a week after joining the band, at the now defunct K6 bar in Nürnberg. When checking out their (at that time) latest release From Trust To Conformity, I was immediately hooked.

A Wilhelm Scream are my favourite band, so Darko was obviously right up my alley. They share some of the same characteristics in playing fast on a highly technical level while still being catchy and remaining rooted in punkrock, without drifting off into metal territory. Meeting them and finding out that they’re all super nice, fun people didn’t hurt either.

As a side note, I didn’t manage to buy the record at that show because the bar was so packed I couldn’t make it to the merch table. I had to wait a couple weeks for the next time we shared the stage with them. This next show turned out the be the infamous second KNRD Fest, the birthplace of “Kreisgrube um den Baum” and I still remember trying to distract Karl from jumping off the roof of the cocktail hut (“Will you catch me?!?!”) by getting him to sell me some merch. That’s when I finally bought the 10”.

So, besides being an awesome record, From Trust To Conformity reminds me of the time after joining Money Left To Burn, when we were still hosting shows in our band room and I was meeting new bands and people almost weekly, many of whom have remained friends up until to this day.

If we only have time to listen to one track, which would you recommend and why?

I can’t really say why, as all songs on there are seriously good, but somehow Chewbacca Defence has always been my favourite, so I’d go with that.

What’s your favourite thing about seeing this band live?

One thing that I noticed, besides them delivering on every single show I’ve seen, is how well Darko share the space on stage. Even on smaller stages they manage to all jump around and go crazy but I can’t remember seeing them hit each other or get in each other’s way.

With the From Trust To Conformity album being unavailabe atm, this should be your jam. 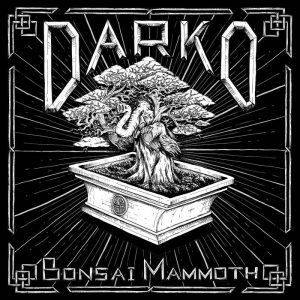