The first taste of Manchester’s tech-punkers new album, ‘Leopards’, is a woodland romp!

Fair Do’s have unleashed the first taste of new material from their highly-anticipated debut album ‘Leopards’. The first single ‘Closing In’ is now available on Spotify and YouTube.

Pre-order ‘Leopards’ on digipack CD and 12’’ vinyl from the Lockjaw Records webstore: https://lckjw.eu/FDleopards

“For me, ‘Closing In’ is the best song on the record. It had to listen to it again and again, with it’s neck-breaking speed and melodic ferocity.” – Kraykulla Webzine

“We all have a strong working-class ethos on the band. We grew up in a trade unionist environment, which is something we’re proud of,” said drummer, John Holt, on the origins of the video.

“Some people think expensive equipment makes a band but we all grew up in places where a guitar was something you’d have to steal or beg your parents for. We have a strong affiliation with working class people, people without privilege. We see the foxes as a symbol of the downtrodden; they’re the literal underdogs of the canine world.”

Fair Do’s are a 4-piece melodic hardcore band from Manchester, known for their incendiary combination of punk and metal, rooted in exceptional technical skill. Driven by a strong DIY ethos, they’ve established a dedicated following around Europe and have supported legends like After The Fall, A Wilhelm Scream, Frenzal Rhomb and H20.

Their first full-length, ‘Leopards’, is an adrenaline-loaded collision of hardcore punk and metal, rooted in tight, technical talent. Their astute, political lyrics cover topics as diverse as wealth distribution, foreign policy and the monarchy. That said, Fair Do’s hold onto their renowned Northern wit, also casting their sights on Noel Edmonds and Teenage Mutant Ninja Turtles! 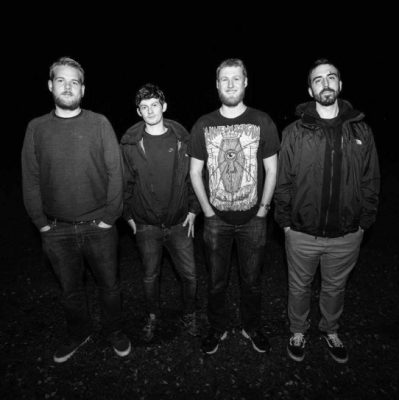