Every month, the Lockjaw Crew will be sharing our hidden gems from the depths of the Lockjaw distro. Whether you’re discovering a new band or rekindling an old flame, give them a listen and let us know what you think.

In April we’re listening to skate-punk, psychobilly and geezers… Who’s boozing, who’s dancing in their seat, who’s reminiscing about ska-punk and who got drunk at No Reason Fest and bought a loads of Antillectual records? 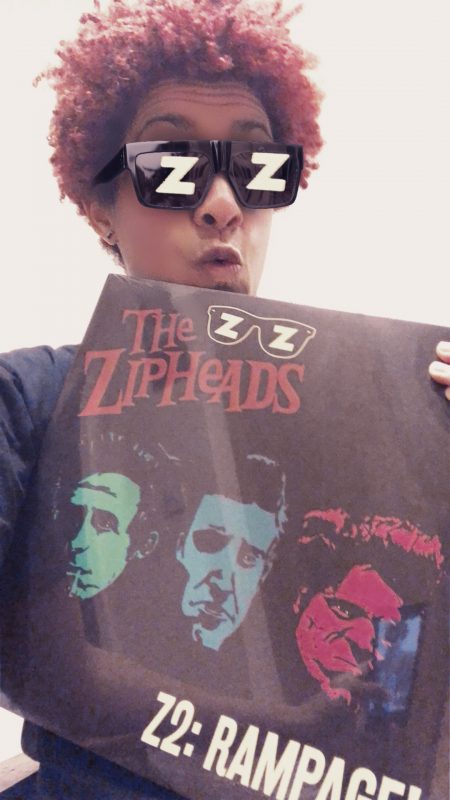 It’s psychobilly, but not as we know it, Captain!

This album was my first introduction to The Zipheads: what stands out to my ears is the beefy punk sound amongst the rockabilly flourishes and slabbed double bass. They’ve put their own distinct spin on rockabilly, just like The Computers. The album is a 15 song mash-monster with loads of song variety, which makes for an interesting toe-tappingly fun listen. You’ve got slow tracks, fast ones, everything in-between and even horns make appearances.

By the time you get to the final track, a cover of The Temptations’ Get Ready, you’ll be ready to sing out loud. Add your ZZ specs, a car, a destination and you are set for an awesome journey.

As you’d expect, these dudes put on one hell of a show. Interactive, energetic, cheeky. You’ll find your usual psychobilly stage tricks (if I could jump, I’d jump on a double bass!) and some excellent playing, which should set some fierce shimmying from the audience. I caught them at The Fighting Cocks with the Sin Kings, and there was plenty of fun and bants on and off stage. Make sure that you catch them at MPF later this month!

Give this album a spin, recharge your dilithium crystals and set speaker volume to ‘stun’. 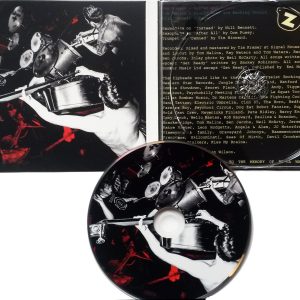 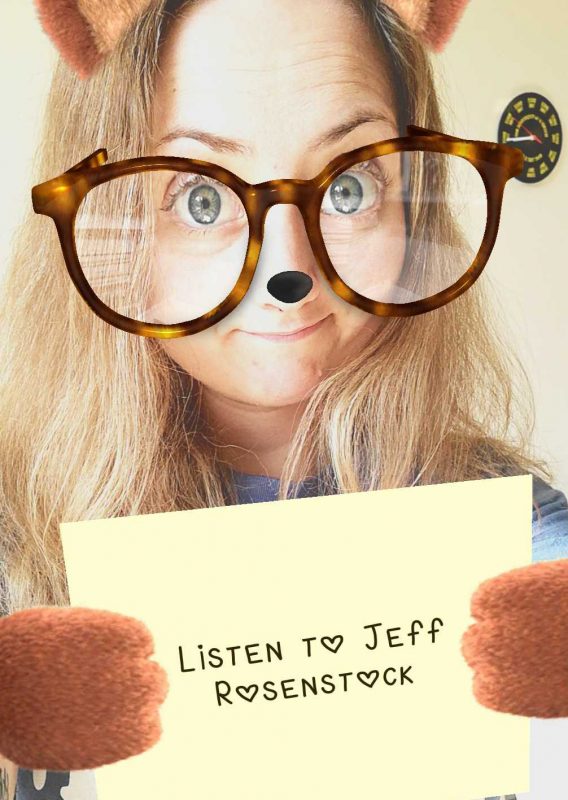 We’ve just got -Post into stock in the Lockjaw distro, after a couple of gushing mutual-appreciation sessions with the lovely folks at Specialist Subject Records.

I’ve been a Jeff Rosenstock fan since the Arrogant Sons of Bitches / Bomb The Music Industry days (Three Cheers for Disappointment has to be the greatest ska-punk album ever recorded), however it was his solo album We Cool that completely won me over to the Jeff fandom camp. In his solo career, he writes embarrassingly relatable pop tunes which stir audiences into a frenzy. I can say that Rosenstock songs have made me grin, coached me through long drives, comforted me when I’ve been missing someone, and brought tears to my eyes… the man has a wealth of talent.

Beyond that, Rosenstock’s has DIY at his core, which I respect more than anything else. He’s been releasing most of his music for free through Quote Unquote Records for years, truly believing that music is for enjoyment, not for profit. He actively aims to play intimate venues on European tours, to ensure he and the crowd have the best experience.

Post- is a wonderful album. Rosenstock released it with zero notice on January 1st 2018 and it’s made a discernable impact on many of his fans. Need more convincing of Jeff Rosenstock’s incredible talent? Read our album review over on Shout Louder. 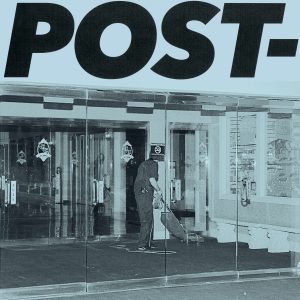 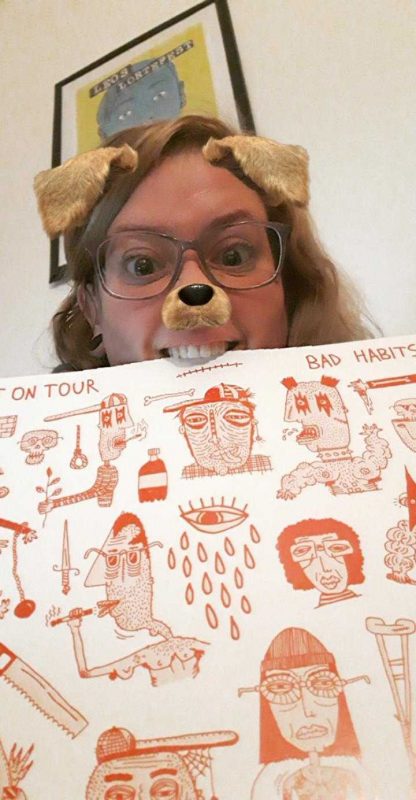 “As I’m dreaming of a spaceship…” *Instant headbopping*

I first saw Not On Tour at a gig in Aalst a really loooooong time ago (2012, but possibly earlier?!). Since then they’ve made a habit of returning to Belgium multiple times on each tour… Which made sure the Belgian punk scene is obsessed with N.O.T. love!

To me, they’re a band that has evolved musically but also stayed true to their sound. Fast, energetic and not too polished.

Bad Habits is one of my favourite short albums. In its 21 minutes it gets me jumping in my seat from start to finish. It’s full of singalongs which, if you’ve read previous Hidden Gems, you’ll know I like, without ever becoming cheesy. I love a good bass intro so naturally Write It Down is my top song.

My only complaint about this album: it’s too short and I’d like more of it. But luckily for me, their new album Growing Pains just came out a few days ago and it’s amazing!

Not On Tour is touring Europe again in April, May and the rest of summer! Make sure to catch them at one of their gigs. 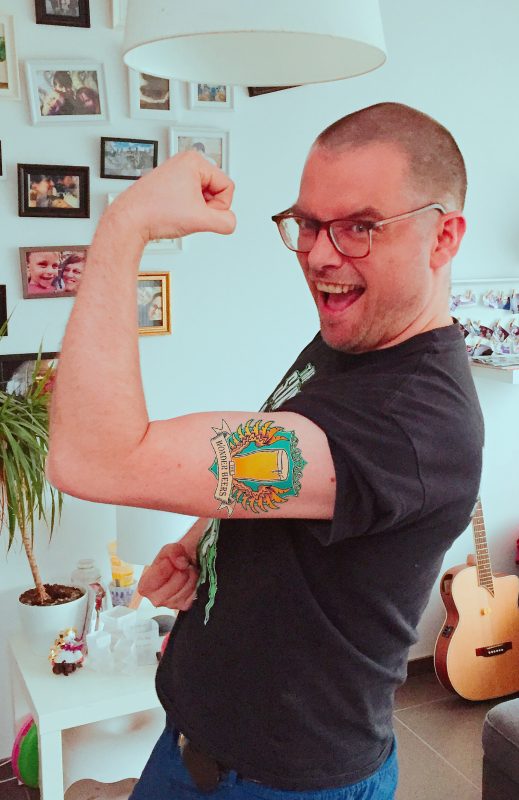 The Wonder Beers – Geezers (2016)
Top Song: I Want A Pint (but secretly: Let’s Get Pissed at Christmas)

The Wonder Beers are the real gem in hidden gems. If ever there was a word invented to describe The Wonders Beers, it would be that. Or maybe I just listened too much to their advice and had too many pints.

Anyway, if you’re into brutal deathcore from an axe-wielding, ass-kicking, throat punching, pigs blood covered band, you might need to look further. If you’re in for a good time, with relatable drinking songs, The Wonder Beers have you covered. In beer and kebab and puke. Love them. I would like a pint now, even. It’s like a Pavlovian reaction. 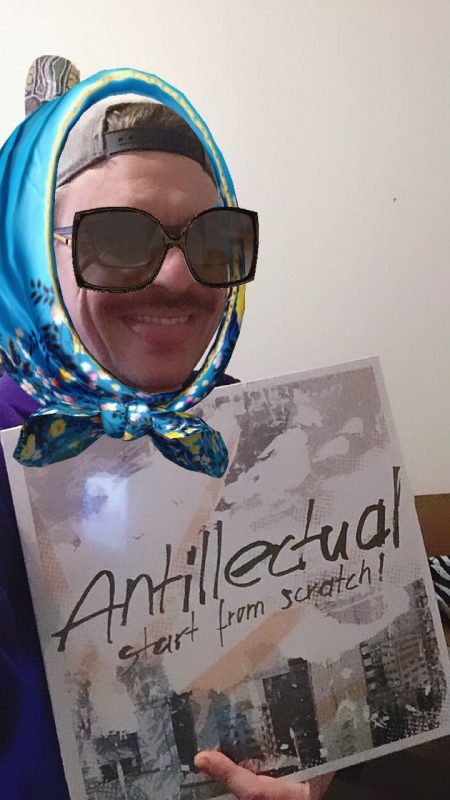 Antillectual – Start From Scratch (2010)
Top Song: Every Crisis is a Moral Crisis

This is an epic album that takes me back to the beginning of my Lockjaw connect. Released in the November before I took over the label, I was super happy to work with the band for a few years, releasing a couple more albums with them.

I had to choose the first track my favourite, due to the incredible guitar riff intro, covered in fun effects, kicking into an absolute banger gang vocal. Quality tune.

We have just restocked Antillectual’s back catalogue on vinyl. The band are now releasing their music as singles rather than album, and have recently dropped a fantastic The Police cover. It’s always a pleasure to play shows with the guys and hang out.

You can catch the band at SBAM Fest, KNRD Fest and Brakrock this year, as well as many other club shows. 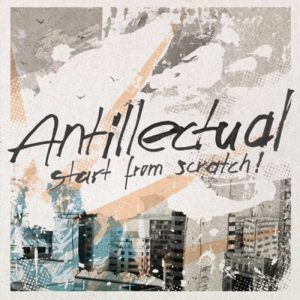