Osaka Melodic Punks waterweed come to Europe for the first time with an album of blistering tracks.

Osaka melodic punks, waterweed, come to the UK and Europe for the first time and release a blistering masterpiece of punk rock and melodic hardcore.

The album was released in Japan last year by maximum10 to a great response. And on 6th of April 2018, Lockjaw Records will bring it to the UK and Europe for an eager new audience.

Formed in Osaka 2003, they have been at the forefront of the Japanese post-hardcore and screamo movement since the beginning of the scene.

While the scene slowly evolved to take the mainstream, waterweed instead dove deeper underground going against the grain and back in time to sharpen their own style. At the end of their search, the result was close to their roots and a deeper melodic from of hardcore.

During their evolution they went through several member changes, resulting in the current three-piece line-up. Getting rid of unnecessary weight, they are ready to fly high above the surface.

Then in March 2013 waterweed signed to maximum 10 and were included on the compilation “MAYDIE !!” and followed it with the first full album “CICADA” in October of the same year.

In 2014, they performed at ROCK-O-RAMA, the event where old and new, underground and mainstream bands get together. ROCK-O-RAMA was the spark of movements and events such as MANPOWER, the event waterweed has held with bacho, FIVE NO RISK and PALM.  They performed on SHADOWS’ debut album as support members.  SHADOWS was formed by the ex-members of FACT, the host of ROCK-O-RAMA.

In 2018, Waterweed come to the UK for the first time, re-releasing the critically acclaimed Brightest via Lockjaw Records for a new European fan base. Following the release, the band will play 12 dates over Europe around the Manchester Punk Festival. Don’t miss it! 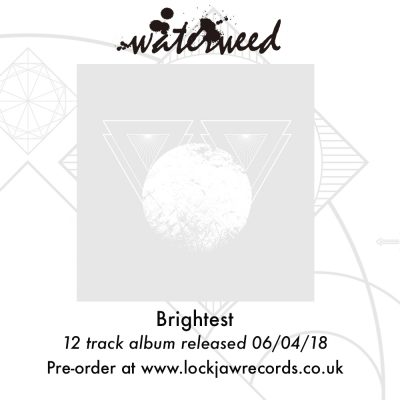 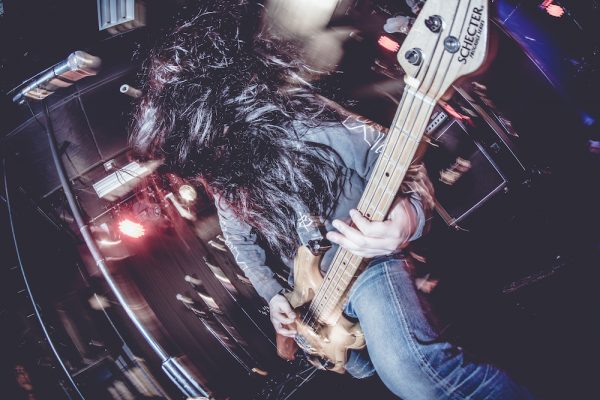